If you've ever watched Man Vs. Food, you may recall Helena's, a restaurant popular for it's Hawaiian food.  Helena's, a small restaurant hidden within the Kalihi area, offers a number of Hawaiian dishes that you'll be sure to love.  Since the show, there have been countless tourists who flock to Helena's to enjoy the Hawaiian food they've heard about in magazines and on T.V., while locals continue to eat there to indulge in a long-time favorite.

Tonight, I thought I might explode after all of the food I ate, but I enjoyed every minute of it.  It's not too often that I eat Hawaiian food, so I ate to my heart's content.  While I was there, a food photographer also stepped in the restaurant to take photos.  The amount of work that goes into taking photos of food is incredible!  According to the waitress, he was the second food photographer to stop by.  It seems like Helena's is the place to go for Hawaiian food these days. 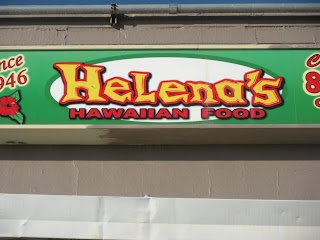 Parking is limited at Helena's, so you may have to park down the road.  Just wanted to give you a heads-up if you plan to stop by. 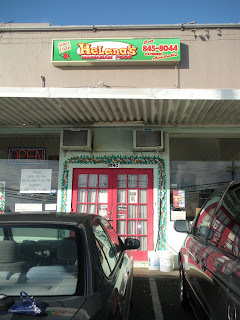 The restaurant only takes cash, so please remember this before you stop to eat there too.  It's also only open from Tuesday to Thursday and closes by 0730 p.m. 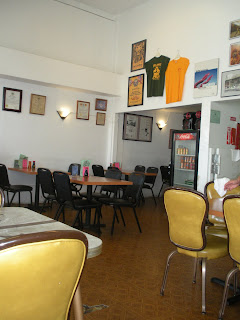 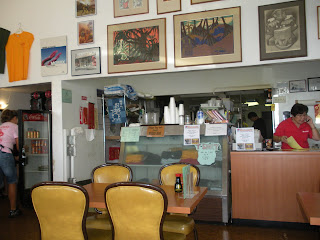 There's no need to wait for a menu either.  There are paper menus on the table. 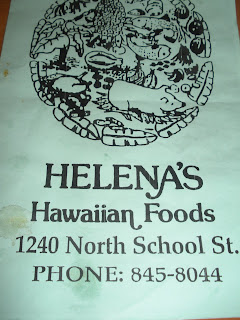 You can order items ala carte or select a set meal (A, B, C, or D).  I would recommend the set meal and add ala carte items as needed.
Here's the website to Helena's if you want to check the menu out and the prices:  Helena's Hawaiian Food 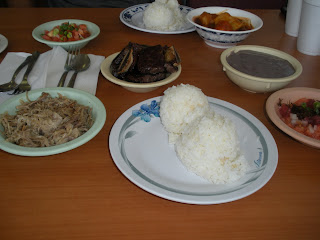 Pipikaula is one of the best meats you'll ever eat.  It's soft,tender, and seasoned to perfection.  Don't miss out on ordering this item.  It's a MUST.  Even the pickiest eaters would fall in love with pipikaula, also known by some as "Hawaiian beef Jerky."
If you look behind the counter, you'll notice the meat being hung to dry.  It's a slow process to prepare the meat, but it's worth every effort. 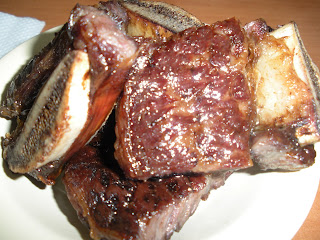 If you aren't familiar with Hawaiian food, you may wonder "What is this purple substance I'm eating? It tastes like glue."  Most people would describe poi as being paste-like.  Poi, a staple in the Hawaiian diet, is made from the taro plant.  Nowadays, it's not something that most people eat often, although it is available and sold in supermarkets. 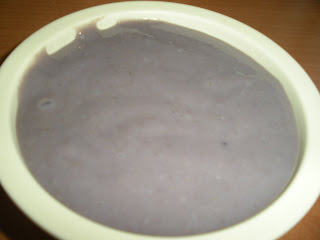 I actually don't eat tripe, but I tasted the tripe beef stew and it had great flavor. 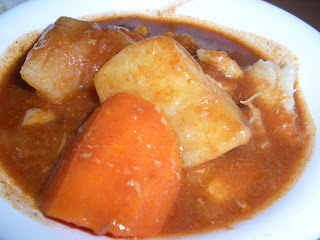 Lomi salmon has chopped tomatoes, salmon, salt, and onions in it.  But this one also had limu (seaweed) and poke (raw fish) in it, adding variety to the dish. 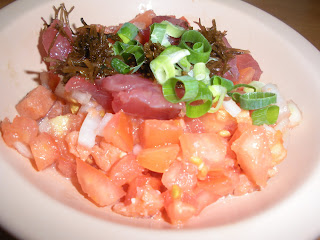 Lomi Salmon can have a strong salmon flavor, but it is balanced by the tomatoes, onions, and salt in the dish.  It's really good, although if you aren't a seafood fan, you may have wished you ordered more Pipikaula instead. 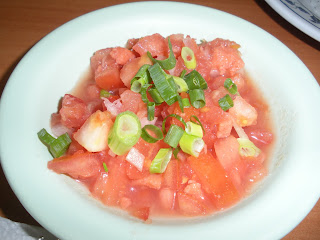 When people think of Hawaiian food, I can only imagine the first image that comes to mind is of a roasted pig.  Most people enjoy this item, so I would recommend it.  It's salted and tender. 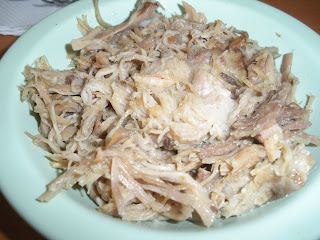 It takes a long time to make luau squid, which basically consists of luau leaves, coconut milk, and pieces of squid.  Personally, it's not one of my favorites, but I can say that the luau squid at Helena's is delicious and flavorful.  For a person who doesn't enjoy luau squid, I can at least admit that it is well made. 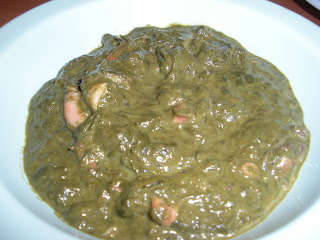 Haupia is a coconut dessert and one of my all time favorites.  There's a subtle sweetness to it that almost anyone can appreciate.
At Helena's, they also give you slices of onion and salt.  You may wonder, what do I do with the onion slices and salt?  Just dip your onion slices in the salt or better yet, pour some chili pepper water into the salt dish and use as a dip. 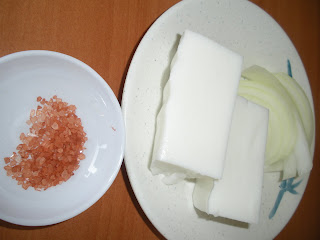 I ate dinner really early today, but as time went by, more and more people started to come in for dinner. 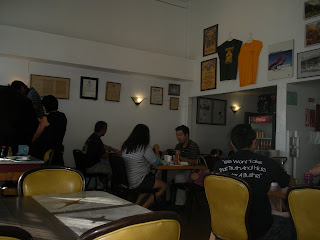 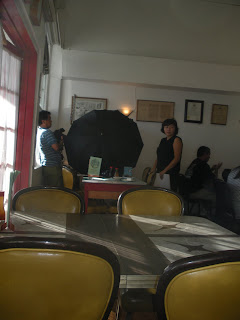 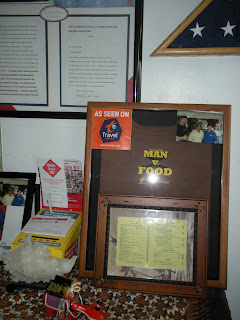 If you've never eaten Hawaiian food, check out Helena's!  They make some of the best Hawaiian food on the island.  It's worth your time to stop by for a memorable meal.
Posted by Mary at 1:05 AM

Thank you for your comments!